There is no best coffee ... but there is coffee more suitable for the final product we want to get.

Our best-selling coffee comes from Brazil, which was the absolute first country to produce and export coffee in the world. Brazilian coffee is usually harvested by the manual harvesting method, while some plantations use an automated method thanks to modern machines, which are also used to collect olives. Brazilian coffee is known on the international market because its name corresponds to its area of origin or production. The fine Arabica are named after the port of Santos, which is the most important coffee in the world. The Brazilian classification is considered to be the most complete and takes into account all aspects of a particular batch in terms of visual and olfactory, as well as in terms of taste.

In order to ensure the safe and efficient transport of coffee, a control system is in place to verify the condition of each container loaded, as well as the humidity to which the coffee is exposed. We rely only on the world's most capable and professional carriers. 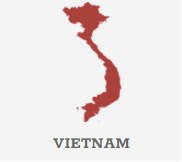 Vietnam is the first Robusta coffee producer in the world. 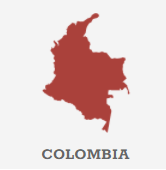 Colombia is the second largest producer of Arabica coffee in the world.

Etiopia is a country where coffee grows spontaneously due to its natural environment.

Robusta is mainly grown in Uganda.

In order for a coffee blend to be good, it must be created according to the needs of the customers for whom it is intended and according to their geographical area to which it belongs. The main feature that must be taken into account in the analysis and composition of the mixture is the origin of the coffee that makes up the mixture, the range of flavors and, last but not least, the price.

Our strengths are laboratory knowledge, networks and tools that allow us to compile, analyze, test and identify the right coffee blend in all circumstances.

Roasting is certainly one of the most sensitive stages of coffee transformation. The coffee roasting process is seemingly simple and is closely related to several elements, including the technological characteristics of roasting machines, heat dosing, the cooling process and the organoleptic properties of the raw materials that make up the mixture.

The experience and physical and technical knowledge of coffee in all its aspects gained by our experts and close cooperation with the main Italian manufacturers of roasting machines allow us to make the best of every type of coffee.